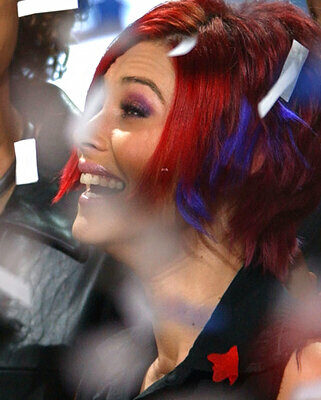 FILE - Nikki McKibbin celebrates during the final episode of Fox's television competition "American Idol," in Los Angeles, in this Sept. 4, 2002, file photo. McKibbin, a singer from Texas best known for her third place finish in the first season of "American Idol," died Sunday, Nov. 1, 2020. She was 42. (AP Photo/Lucy Nicholson, File)

ARLINGTON, Texas (AP) – Nikki McKibbin, a singer from Texas best known for her third place finish in the first season of American Idol, has died.

She was 42. McKibbin’s husband, Craig Sadler, confirmed her death in a Facebook post, saying that she had died after suffering a brain aneurysm on Wednesday and was taken off life support early Sunday.

McKibbin appeared on ‘American Idol’ in 2002, finishing behind Justin Guarini and Kelly Clarkson, who won the competition.

A 23-year-old from Grand Prairie, Texas, McKibbin impressed the judges with soulful performances of songs by Janis Joplin, Stevie Nicks and others.

In a statement, the show called her an ‘incredible talent’ and said McKibbin was ‘part of our American Idol family and will be truly missed.