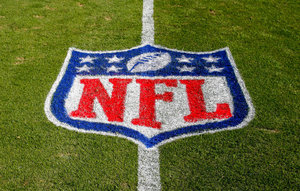 CHARLOTTE, N.C. (AP) — It will cost some Carolina Panthers season ticket holders a little more to see a game next season.

The NFL team announced Tuesday that its average ticket price will rise to $107 per game, an increase of $3 per game.

Premium tickets, which include club seats and suites, will increase based on the terms in those contracts.

“We take a strategic and analytical approach to ticket pricing,” Panthers spokesman Ryan Anderson said. “We look at a variety of data points to determine the demand for each area of the building and how to price our tickets appropriately.”

Hedge fund billionaire David Tepper bought the Panthers in 2018 for a record $2.27 billion and has been actively trying to build a winning franchise.

He is in the process of building a new $500 million practice facility in nearby Rock Hill, South Carolina, has invested nearly $30 million in stadium and facility improvements in Charlotte, has built a practice bubble at the team’s existing practice facility and has shown a willingness pay free agents. He also spent $325 million to bring a Major League Soccer expansion franchise to Charlotte.

Tepper has also said he wants to build a new stadium in Charlotte within the next decade.

Panthers season ticket holders can pay in full by May 3 or set up a six-month payment plan beginning this month. Fans with an existing ticket credit from the 2020 season, in which the Panthers hosted fewer than 6,000 fans per game due to COVID-19, will automatically be applied to the 2021 season ticket invoice.