Source of Texas cheerleader’s injuries the focus of murder trial 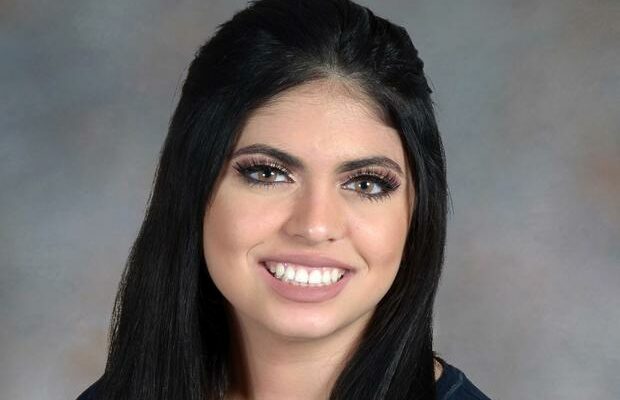 ▶ Watch Video: Sneak peek: The Final Hours of Cayley Mandadi
The injuries on 19-year-old Cayley Mandadi’s body were extensive and disturbing. In photographs shown to a Bexar County jury, the sophomore cheerleader at Trinity University in San Antonio, Texas, was virtually unrecognizable with bruises head to toe.But where did those bruises come from — and when? It’s a question no one could agree on during the December 2019 murder trial of Mark Howerton, Cayley’s boyfriend at the time of her death.

The complicated case is the subject of an all-new “48 Hours” episode. Correspondent Peter Van Sant reports in “The Final Hours of Cayley Mandadi,” airing  Saturday, September 19 at 10/9c on CBS.

Cayley’s mother, Alison Steele, remembers her first thoughts when she saw her daughter’s lifeless body at a rural hospital in Kyle, Texas, on October 30, 2017.

“Did she fall out of an airplane? Was she thrown off a bridge?” Steele wondered.

Just one day earlier, Howerton had rushed Mandadi to the hospital in his car after the couple attended a music festival. The 22-year-old man frantically waved down help in the emergency room parking lot.

Medical personnel went through a bevy of life saving measures on Mandadi, including administering CPR seven times, eventually breaking a rib in the process.

“Because she was a 19-year-old girl, I felt like we owed her everything we could to try and resuscitate her — so we tried. Once in a great while you get pleasantly surprised. … Not this time,” Handshy said.

Mandadi was declared brain dead on October 30, 2017 and taken off life support the next day. In accordance with her wishes, Mandadi’s body was then prepared for organ donation. While these medical procedures seemed standard at the time, they would ultimately become a big point of contention.

In February 2018, authorities charged Howerton with Mandadi’s murder, alleging her cause of death was blunt force trauma to the head. A year later, Howerton went on trial in Bexar County.

When she arrived at the hospital, Cranshaw said the crime had already been committed. “She is covered with bruises on every part of her body. She has no brain activity.”

Defense attorney John Hunter represented Howerton and said that the state rushed to judgment against his client.

“One of the most devastating mistakes is to cling to our initial first conclusions. Many times, they are wrapped in emotion and jaded with shock. Oftentimes we try to justify and are often deceived. This is what has happened here,” Hunter said.

Hunter called on experts to counter the state’s theory of the case.

Dr. William Anderson reviewed the autopsy and disagreed with the findings that Mandadi was assaulted.

Instead, Anderson theorized that Mandadi’s injuries were more consistent with a fall and extensive medical intervention.

“There is no evidence that Mr. Howerton caused this death at all,” Hunter said.

What will the jury decide? Find out on “The Final Hours of Cayley Mandadi,” an all-new “48 Hours” airing Saturday at 10/9c on CBS.