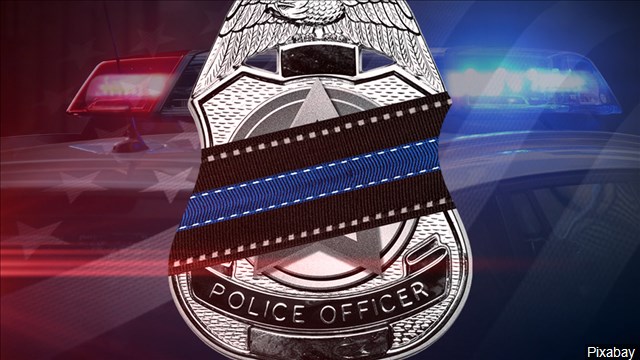 NASSAU BAY, Texas (AP) — A Houston-area police sergeant was killed when a man wanted on a domestic violence warrant fled from a traffic stop and struck her with his vehicle, police said.

The search continued early Wednesday for the man, who police said likely still has one handcuff attached to his wrist. Police have not released his name.

Nassau Bay police Sgt. Kaila Sullivan was assisting in a traffic stop Tuesday night at an apartment complex when police discovered the driver had an outstanding warrant for assault on a family member, Nassau Bay Police Chief Tim Cromie said.

The driver escaped the officers then drove off in his vehicle, striking Sullivan, who later died at a hospital, Cromie said. The vehicle was discovered abandoned and police believe the man ran away.

Sullivan, 43, was approaching her 16-year anniversary with the Nassau Bay Police Department and had worked on the night shift, Cromie said, calling her “a consummate professional in police work.”

The Harris County Sheriff’s Office is leading the search for the suspect. Sheriff Ed Gonzalez said Sullivan’s death was “another grim reminder” of how dangerous police work can be, noting that the community is still mourning the Saturday death of a Houston police officer and the September shooting death of a Harris County deputy.