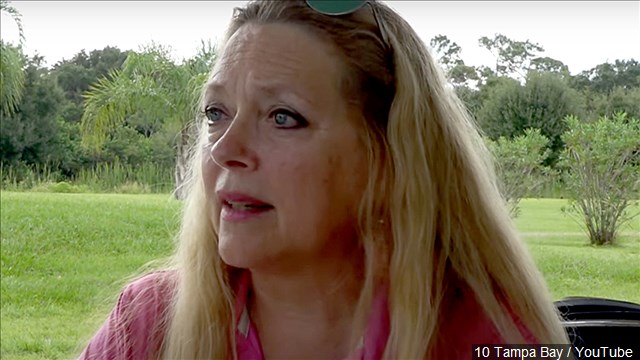 Like all cool cats and kittens, Carole Baskin is going to “Dancing With the Stars.”

The new season premieres on ABC on Sept. 14.

On the Netflix series “Tiger King”, Baskin, who owns a big cat refuge, sought to shut down Joseph Maldonado-Passage’s for-profit breeding of big cats. His nickname is “Joe Exotic” and her signature line is “cool cats and kittens.”

Maldonado-Passage is serving a 22-year federal prison term for killing five tigers and plotting to have Baskin killed. In June, a federal judge awarded Baskin ownership of the private Oklahoma zoo run by Maldonado-Passage.

Supermodel and businesswoman Tyra Banks will host the new season after longtime co-host Tom Bergeron and Erin Andrews announced their exits from the series in July.

More about:
Carole Baskin
Dancing With the Stars
Tiger King