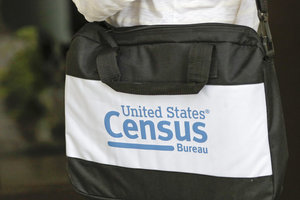 U.S. population growth dipped to its lowest rate since the nation’s founding during the first year of the pandemic as the coronavirus curtailed immigration, delayed pregnancies and killed hundreds of thousands of U.S. residents, according to figures released Tuesday.

The United States grew by only 0.1%, with only an additional 392,665 added to the U.S. population, from July 2020 to July 2021, according to population estimates released by the U.S. Census Bureau.

The U.S. has been experiencing slow population growth for years but the pandemic exacerbated that trend. This past year was the first time since 1937 that the nation’s population grew by less than 1 million people.

“Population growth has been slowing for years because of lower birth rates and decreasing net international migration, all while mortality rates are rising due to the aging of the nation’s population,” said Kristie Wilder, a Census Bureau demographer. “Now, with the impact of the COVID-19 pandemic, this combination has resulted in an historically slow pace of growth.”

Between 2020 and 2021, 33 states saw population increases and 17 states and the District of Columbia lost population.

More about:
Coronavirus
US population