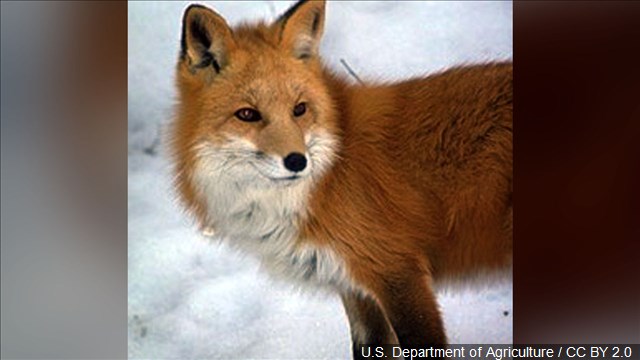 GRAY, Maine (AP) – It’s presumably hard to outfox a fox. But a Maine woman managed to turn the tables on one of the clever creatures after an encounter with a fox last week.

Eliza Ruth Watson says the fox approached while she was gardening and she tried to run toward it to scare it off.

Instead, the Sun Journal newspaper reports the fox ran toward her, biting her hand in the process.

Watson grabbed the fox by the neck to keep it from biting again.

After a struggle, she found a pot used to scald chickens for plucking, shoved the fox in, closed the lid – and dialed 911.

Watson was taken to a hospital to have her cuts cleaned and to get a rabies shot. Game wardens trapped the fox and took it off to be tested for rabies.