BP warns of ‘tight’ gas market ahead as profits surge 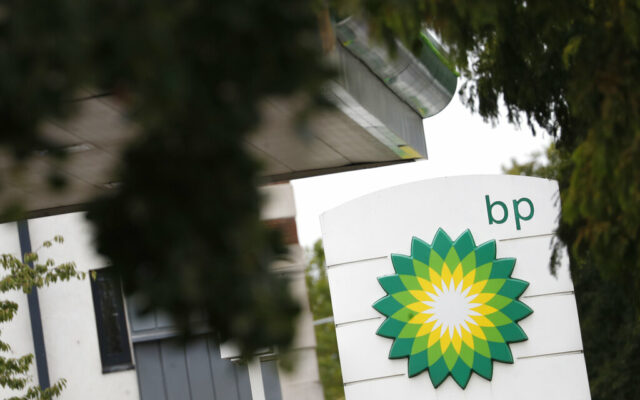 LONDON (AP) — BP reported soaring profits Tuesday on the back of surging oil and gas prices as the global economy recovers from the coronavirus pandemic. The British energy giant also warned that gas markets would remain “tight” over the coming months, which will likely further pressure household budgets.

BP said its underlying replacement cost profits — the industry standard — jumped to $3.3 billion in the three months ending in September, up from just $86 million in the same period a year earlier, when oil prices had slumped because of the pandemic. The third-quarter figure also was an increase of 18% from the previous quarter’s $2.8 billion and ahead of analysts’ expectations of about $3.1 billion.

“This has been another good quarter for BP — our businesses are generating strong underlying earnings and cash flow while maintaining their focus on safe and reliable operations,” BP chief executive Bernard Looney said.

Despite the headline profit increase, the company’s share price fell around 2% as it took a $6.1 billion hit primarily from the accounting treatment of soaring gas prices in futures markets.

“BP’s shares are on the slide thanks to a messy set of third-quarter numbers, marred, just like those of Shell, by accounting losses linked to hedging oil and gas prices,” said Russ Mould, investment director at A.J. Bell.

With its underlying finances in better health, the company said it would reward shareholders with a $1.25 billion share-buyback program, which it said will be completed before it announces its full-year results.

Analysts questioned whether that was a good use of money, especially as world leaders have gathered in the Scottish city of Glasgow for a U.N. climate summit known as COP26 where the focus is on how to reduce carbon emissions.

“Generosity in good times is all well and good, but that shouldn’t come at the expense of long-term financial stability, particularly given the considerable spending on renewable and low-carbon projects that’s likely over the coming years,” said Nicholas Hyett, equity analyst at Hargreaves Lansdown in London.

For now, it’s clear that the oil business can be extremely lucrative if the price backdrop is favorable. Like others in the sector, BP has benefited from rising oil and gas prices in recent months, compared with last year when they fell sharply following the onset of the pandemic.

The company said it expected gas supply “will remain tight during the period of peak winter demand” and that oil prices will hold steady as inventory levels are drawn down and customers switch from gas to oil given the sharper price increases in wholesale gas markets.

The surging oil and gas prices in recent months have hit people’s incomes around the world, with energy bills at home and at the pump rising sharply from a year ago.

BP said that if the international Brent crude oil measure remains above $60 a barrel, it should be able to buy back around $1 billion shares each quarter and increase its dividend by 4% annually through 2025.

It also said it has continued paying down its debt, which had jumped in early 2020 amid the oil price collapse. Its net debt stood at $32 billion, down from $32.7 billion at the end of the second quarter.