Scorching in the Shade Summer Reading 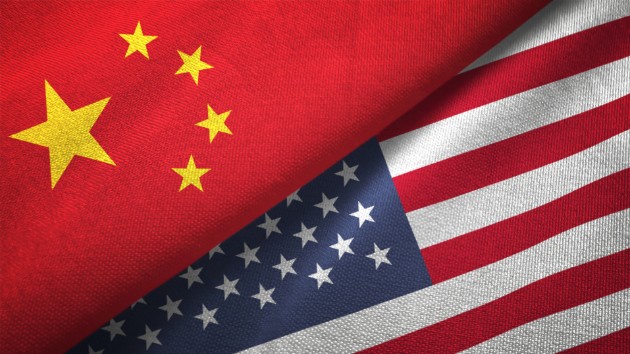 Whether it’s beach, airplane or inside with the A/C, it’s been a good summer for good books. Free at the library, or free off my bookshelves, they’re about the only thing inflation hasn’t touched. Now, if only it was ever cool enough for reading in the shade.

Coincidentally, a third of this month’s titles involve Asia. Not by design, but patterns emerge. Let’s turn some pages…

“The Door Between” by Ellery Queen (1937) Readers of this blog know the deal–Ellery Queen is the pen name for a pair of mystery super-spreaders (and cousins) Manfred Lee and Frederic Dannay. They wrote novels, short stories, magazines and radio, for decades. Recently, I found out that even the Dannay and Lee names were pseudonyms–mysteries within mysteries. And “Ellery Queen” is their boy genius detective. Here, he unraves the closed-door murder of an enigmatic authoress and her tangled past in Japan.

“Come Nineveh, Come Tyre” by Allen Drury (1973) After a hit novel and movie about Congressional and journalistic intrigue (“Advise and Consent”), Drury carried forward the characters and plot through several more stories. This one twins with a book called “The Promise of Joy”. In “Nineveh”, a presidential candidate and his running-mate’s wife are killed in an assassination attempt on the ticket, with everything that follows. In “Joy”, the other guy, and the other wife, die instead, and we see how that plays out. Rereading these from my youth, when I wrote Mr. Drury a fan letter and got a really friendly hand-typed reply. Never forgot that.

“The Cardinal Mueller Report” by Gerhard Cardinal Mueller (2016) The German bishop is one of the most brilliant minds in the Curia, and here he is asked and answers blunt, relevant questions of interest to Catholics, such as what to expect from priests, the sacraments, proposed church reforms and more. He is plain-spoken and direct. Every Catholic should read this, and feel inspired to think and pray.

“Bread” by Ed McBain (1974) The 87th Precinct detectives slog through a warehouse fire, a prostitute’s murder and some shady urban development deals. It’s all about cash, or, in ’70s parlance, “bread”, baby.

“The Trial of Fu Manchu” by Sax Rohmer (1934) The long-running series, about a would-be world-dominating baddie, is really the precursor to so many thriller villains (think Dr. No, Blofeld, etc etc.) These books feature slang and racial stereotypes of the era that shock some people now. If you can get past that, the tales of the evil doctor versus his British nemesis, Neyland-Smith, are brilliant, fascinating stories that compare to Poe and Doyle at their best. Read one, and you’ll read ’em all.

“Treasure Hunt” by John Lescroart (2010) Lescroart is to San Francisco what Michael Connelly and Ross MacDonald are to L.A. P.I. Wyatt Hunt and his merry band must figure out who killed a major non-profit rainmaker, and why.

“The Night Manager” by John le Carre (1993) It’s funny to think now that as the Cold War was ending in the late ’80s and early 1990s, book reviewers wondered if the espionage kings, from le Carre to Clancy, Higgins to Ludlum, would be able to keep up the excitement. Yes, all around. Here’s why: the best thriller writers craft characters who are as much in conflict with themselves as they are with the “enemy”, who can be Soviet, capitalist, communist, or terrorist. JLC never disappoints, and “Night Manager” features one of my all-time favorite characters, a former soldier-turned-luxury-hotelkeeper named Jonathan Pine. The UK and US want to infiltrate a rich badboy, whose lifestyle makes Pine’s cover perfect for penetrating his circle. Everything about this, from characters and plot, to detailed descriptions of yachts, islands and hotels, is master-level. Also a hit TV series with Tom Hiddleston as Pine.

“The Gate of Heavenly Peace: The Chinese and Their Revolutions 1895-1980” by Jonathan Spence (1981) Four-hundred packed pages built around the premise that China has been in a constant state of revolution and unrest since the Qing Dynasty regency (remember the movie “The Last Emperor”?), stretching through multiple “republics” and wars and then the 1949 Communist takeover, which has resulted in bloody waves of repression and upheaval. Spence made me understand the way China looks at the world, even now, as a product of what they have lived with. If this nation interests you, this book is a must.

“Lawn Boy” by Jonathan Evison (2018) Everyone told the teenager I once was to read “Catcher in the Rye”, and, full of teen cynicism, I did. It’s a classic, of course. “Lawn Boy” is not (yet) a classic, but its Mike Munoz is a 21st Century Holden Caulfield, and this book is a snapshot of our times, and maybe of all times, for coming of age with angst and alienation.  Neither Salinger’s book, nor Evison’s, is for everyone. But if you liked the 1951 version, the 2018 version is worth a try.

Always like hearing about what you’re reading, or how you liked any of these: [email protected]