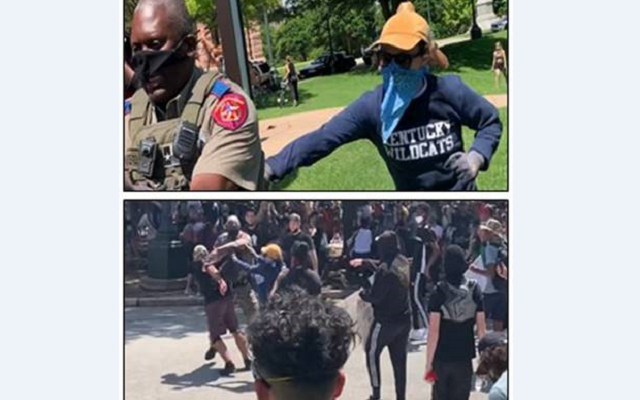 DPS arrests two women in connection with Austin protests in May,2020/Photo-Courtesy of DPS

SAN ANTONIO (KTSA News) – The Texas Department of Public Safety has arrested two women in connection with rioting, vandalism and an assault that occurred in May during George Floyd protests near the Texas State Capitol. Floyd’s death , which resulted in a murder charge against a Minneapolis police officer, sparked protests across the country in May.

Weaver is charged with felony assault of a public servant, riot and interference with public duties.

Thursday,  DPS Special Agents made another arrest after obtaining an arrest warrant for 19-year-old Dominique Natalie Hernandez of Austin.  Hernandez, who also faces felony charges for  vandalizing several locations in downtown Austin, including the Dewitt C. Greer Building, was taken into custody on a charge of rioting  during the protests May 31 at the Texas State Capitol.

Five others  have been arrested in connection with the protests, and the investigation continues to identify more suspected involved in criminal acts during the protests. DPS says more arrests are forthcoming.