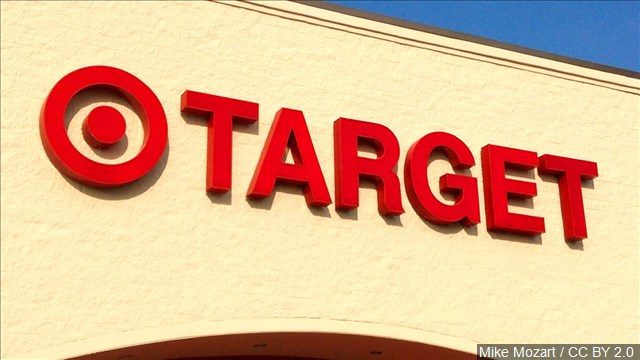 SAN ANTONIO (KTSA News) – Officials in Travis County say 3 known members of the anti-government group Antifa have been arrested in connection with looting, burglarizing and damaging a Target store in Austin. Damage from the May 31 riot  at the store on IH 35 in Capital Plaza is estimated at $20,000.

Twenty-seven-year-old Lisa Hogan of Austin is accused of posting live video from the scene on Facebook and encouraging others to join them in the looting at the Target store. She’s charged with rioting and  burglary. Both are state jail felonies.

Twenty-two-year-old Samuel Miller of Austin is accused of destroying and ripping out the surveillance cameras outside the store. He’s charged with criminal mischief and burglary of a building.

The third suspect identified as 23-year-old Skye Elder is charged with burglary.

“These arrests are important to protecting not only the property owners, but, even more importantly, the peaceful protesters whose message should be heard.”said Travis County District Attorney Margaret Moore.

The Austin Police Department was conducting surveillance at the store on IH 35 after receiving information that local Target stores could be the sites of possible looting and vandalism. Around 5:45 p.m.,  20 to 30 individuals showed up and gathered  at the front of the store. Officers say the group ripped off the plywood that had been placed on the doors to prevent entry. Other group members held up a sheet in an attempt to conceal the activity being conducted at the front of the building. The group shattered the glass on the front door, and went in.

Members of the Austin Police Department Special Response Team arrived shortly after the looters entered the building. Samuel Miller and Lisa Hogan were seen walking away, and police were able to locate Miller in a vehicle being driven by Skye Elder.

“The violence, threat to life, and destruction of property we have seen in Austin and other parts of the country, jeopardizes the rights and safety of all citizens, including peaceful demonstrators,” stated Special Agent in Charge, Christopher Combs, FBI San Antonio. “We thank members of the public and encourage them to continue sharing information, photographs, and videos of individuals engaged in violent and unlawful activities. With the cooperation of our community and partnership with law enforcement, we will hold those pursuing their violent agendas accountable,” Combs added.

Austin Police Chief Brian Manley said, “These acts of vandalism and looting will not be tolerated.”