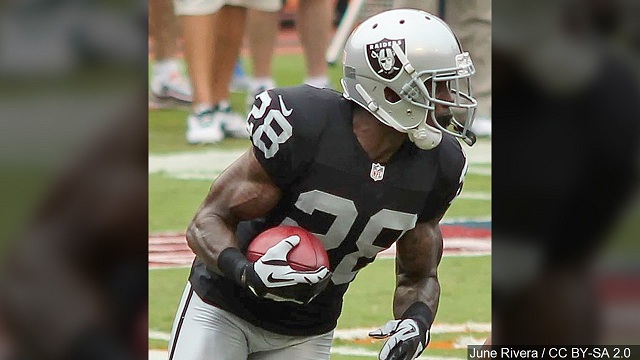 Dr. Robert Lesslie, 70, his wife and two grandchildren, ages 9 and 5, were found shot to death Wednesday afternoon, as well as a 39-year-old man who had been working on the house in York County.

WCNC TV in Charlotte reports Adams was found shot to death in his father’s home early Thursday following a standoff with police. He apparently took his own life.

Adams’ father told WCNC, “I think football messed him up.”

“All I can say is, we pray for the family.  He used to be my doctor a long time ago,” said Adams.   “I know they were good folks down there.  We’re gonna keep them in our prayers.”

Phillip Adams honed his football skills at  South Carolina State University from 2006 to 2009 before playing for several NFL teams, including New England, Seattle, Atlanta, Oakland , the New York Jets and the 49ers.

ESPN reports Adams suffered two concussions while playing with the Raiders in 2012. He had previously sustained a severe ankle injury that resulted in several screws being inserted into his leg.

Dr. Lesslie had worked as an emergency room physician in Rock Hill for several decades and served as emergency department medical director for nearly 15 years at Rock Hill General Hospital.

22 mins ago
Connect With Us Listen To Us On