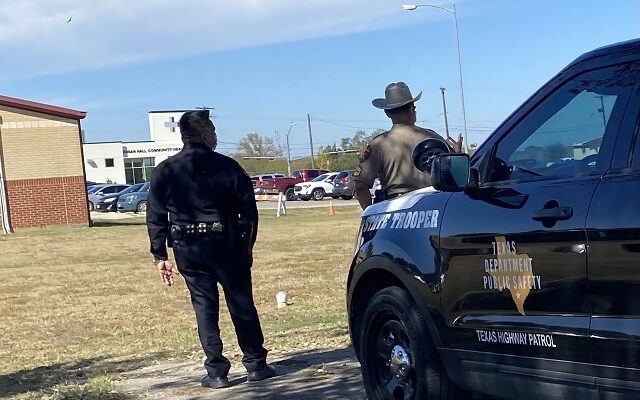 SAN ANTONIO (KTSA News) – While crews were installing additional fencing around the Alamo and boarding up windows and doors of downtown San Antonio businesses, Governor Greg Abbott told KTSA listeners the Texas National Guard is ready to respond if riots break out after the election.

“Destruction is a violation of the law.  Arrests will be made and people will be put in jail if they go about the process of destroying property, including the Alamo,” Abbott told KTSA’s Ware and Rima Tuesday.

Last May, a peaceful protest over the death of George Floyd turned into a riot, leaving a path of destruction in downtown San Antonio, including broken windows and graffitti.

“Riots are illegal and that’s one of the reasons I have  Texas Department of Public Safety officers as well as the Texas National Guard at the ready,” said Abbott.

Tuesday morning, a DPS trooper was keeping an eye on the voting poll at Southside High School.  The officer and the Southside ISD police chief were several hundred feet away from the building. The DPS trooper told KTSA News that he planned to visit other voting locations throughout the day.