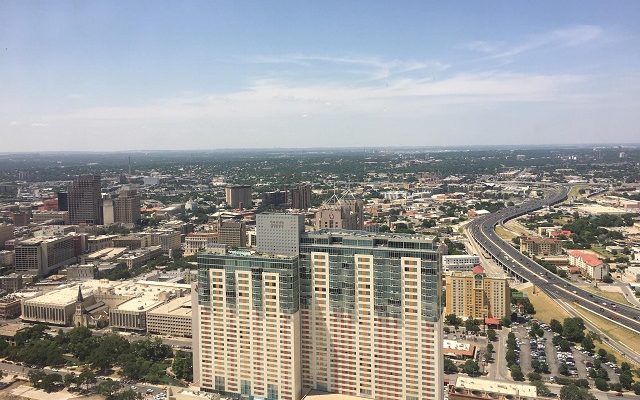 Deputy City Manager Maria Villagomez told city council Thursday that they can expect revenues to be down in several areas, including the hotel-motel tax, which brings in about $96 million a year.

According to the Wall Street Journal, Marriott International  and Hilton are furloughing employees, and they’re not the only hotel chains taking a hit during the coronavirus crisis.

Deputy City Manager Maria Villagomez told city council Thursday that they can expect revenues to be down in several areas, including the hotel-motel tax, which brings in about $96 million a year.

“What we have heard is that many hotels are reporting occupancy rates of less than 10 percent, and many are considering suspending services,” she told the council.

Isabel Sanchez and several of her coworkers were outside the Menger Hotel, wondering whether they’ll have jobs. Sanchez, who works in housekeeping, was holding a paper with instructions on how to apply for unemployment.

“This is what they gave me,” she said, as she waited for a meeting with a human resources representative.

She told KTSA News she was hired as a full time employee last month , but her hours were drastically reduced this week.

“I’m in a crisis right now and I’m wondering what to do, so I filed for unemployment.”

“I have a landlord who wants her money because she also has bills to pay,” said Sanchez.

The Menger Hotel is across the street from the Alamo, which remains closed because of the coronavirus. Sanchez said she’s never seen it so quiet.

“Usually at this time, there’s a lot of traffic on this street, but there are hardly any cars or pedestrians right now,” she said. “This is serious.”