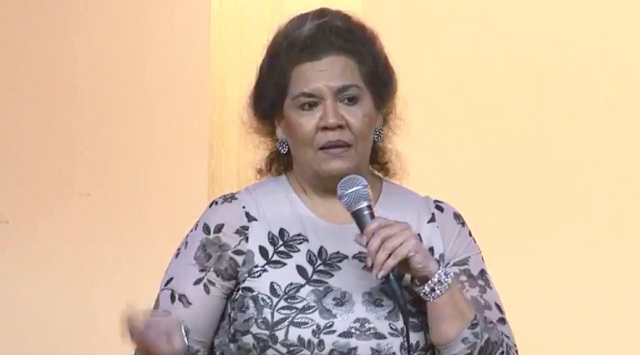 SAN ANTONIO (KTSA News) – A survivor of human trafficking is telling her story and warning others that it can happen in any community.

Maria Perez says she had just lost a loved one when she met a man who showered her with affection and kindness. She trusted him, but he changed and became abusive. One day, he told her they were going to Mexico. When she refused, he forced her into the trunk of his car and drove across the border to Reynosa, Tamaulipas.

Perez says she was nearly unconscious when he opened the trunk because of the fumes and the heat.

“They started dragging me and pulling my hair and took me to a cantina (a bar) where I was raped,” Perez said. “Then they threw me into this room and that’s where they left me.”

She told KTSA News in a recent interview she was sold for sex.

“It was horrifying, especially when I was raped in front of all the men,” Perez said.

That went on for several weeks, and when she was brought back to the United States, she escaped and moved to San Antonio.

That was more than 30 years ago, and now she has formed an organization aimed at preventing human trafficking. It’s called “Our Empowering Women of America” or OEW. The group hosts seminars and other events providing information on the warning signs.

Perez says this is a crime that’s happening in our own communities, and even more shocking, in schools.

“There are students recruiting students at universities and colleges. Even in high school, they’re recruiting these kids,” said Perez.