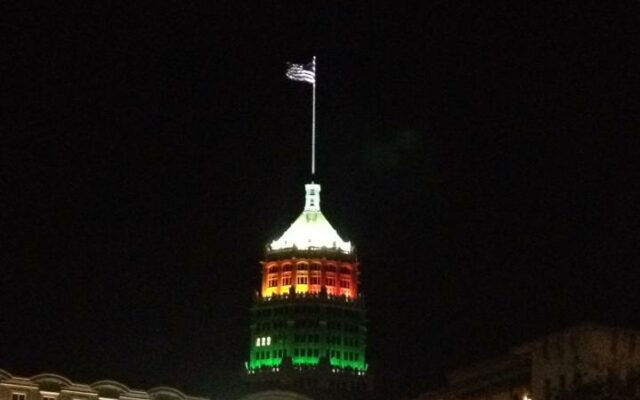 The Tower Life Building on South St. Mary’s has been sold to a group of local investors including McCombs Enterprises, Ed Cross of San Antonio Commercial Advisors and Jon Weigand of Alamo Capital Advisors.

The 8 sided building, complete with gargoyles, has been owned by the Zachry family for most of it’s 93 year existence.

The final sale price of the 31 story building was not released but the most recent valuation by Bexar County is just over 10 million dollars.

The buyers haven’t disclosed their future plans for the landmark but in a press release they say they want the building to be a vibrant part of the area’s exploding economy and a shining symbol of the region’s pride for the next 100 years.

Construction on the Tower Life Building began in 1927. It opened two years later and has housed many tenants, including Sears Roebuck and Hilton Hotels.

It was placed on the National register of Historic Places in 1991.