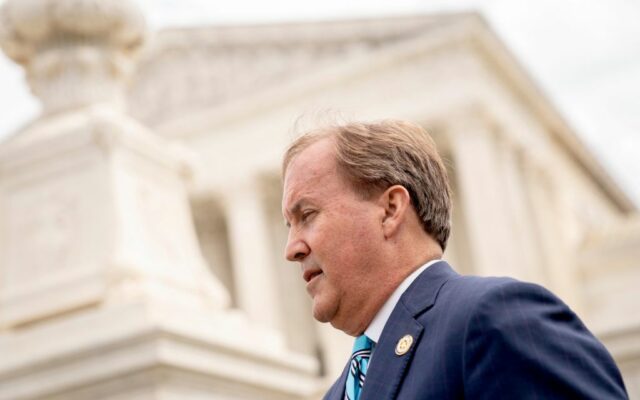 Texas Attorney General Ken Paxton speaks to reporters in front of the US Supreme Court in Washington, DC, on April 26, 2022. - The Supreme Court will hear oral arguments Tuesday in the Biden v. Texas case, which will determine if the Biden administration must continue to enforce a Trump-era program known as the remain in Mexico policy. The court is considering whether President Joe Biden can end a controversial Trump-era border policy that denies asylum-seekers entry to the US while their case is reviewed. (Photo by Stefani Reynolds / AFP) (Photo by STEFANI REYNOLDS/AFP via Getty Images)

SAN ANTONIO (KTSA News) — Texas Attorney General Ken Paxton wants to take power away from the World Health Organization, and he’s joining an Oklahoma-led petition to do it.

A total of 15 attorneys general are asking the U.S. Department of Health and Human Services to strip emergency declaration powers from the WHO for three reasons.

First, it says giving the authority to a group outside the United States is unlawful and dangerous.

Second, it says circumstances have changed since the pandemic.

And third, it says HHS should repeal regulations it says it doesn’t need.