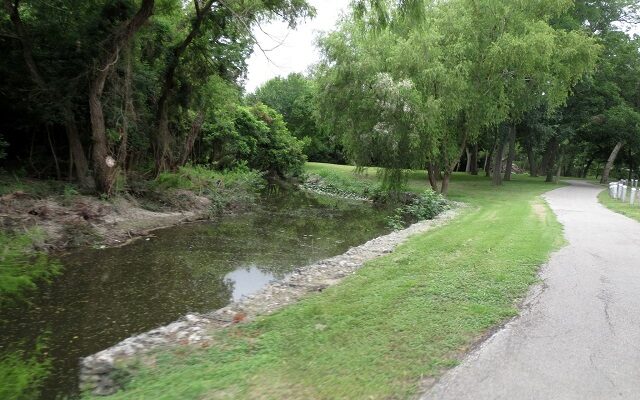 SAN ANTONIO (KTSA News) – Bexar County Commissioners have reaffirmed their support for 26.2 miles of creek trails connecting to San Antonio’s trailways system, but there’s no decision on how much money they’ll commit to the project.

They’re going to wait until next spring to make a decision on funding. Tuesday, Commissioners directed staff to work with the San Antonio River Authority to conduct a financial analysis and come up with funding options.

“When we reach April, we’ll be able to know what capacity we have,” said Bexar County Judge Nelson Wolff. “Creeks and rivers, flood control, water quality, environment, recreational activities –it’s a tremendous step forward and it’s always been a very popular issue with the communities.”

The resolution was approved with four out of five votes on Commissioners Court.  Commissioner Tommy Calvert abstained, saying he wants to know how other projects will be affected.

“There’s another elephant in the room, and that is the issue of the aquifer and whether or not our constituents will want is to allocate money from the Bexar County Commissioners Court for aquifer preservation,” said Calvert.

San Antonio’s Howard Peak Greenway Trail System has about 70 miles of trails, but  money for that program has come from a 1/8-cent city sales tax, which has  funded the Edwards Aquifer protection program.  The city is asking voters to reallocate that 1/8-cent sales tax to a workforce development program, and VIA Metropolitan has a proposition on the ballot to start using that 1/8-cent sales tax in 2026 for transportation projects.