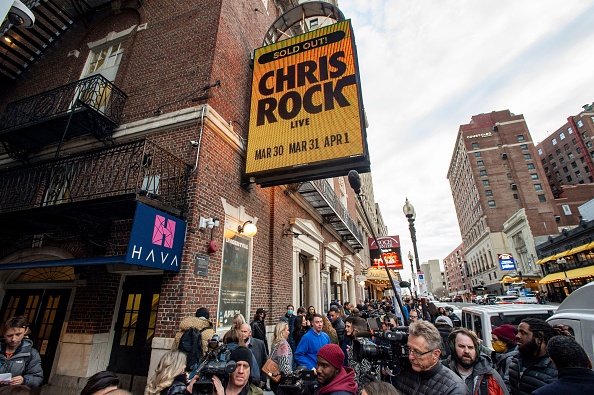 People wait in line to enter the Wilbur Theatre for a sold out performance by US comedian Chris Rock in Boston, Massachusetts on March 30, 2022. - Rock has not spoken publicly since he was slapped by actor Will Smith during the telecast of the 94th Oscars ceremony on March 27. Ticketing site TickPick said on March 28 that it had sold more tickets for Rock's tour in the preceding 24 hours than in the whole previous month. (Photo by Joseph Prezioso / AFP) (Photo by JOSEPH PREZIOSO/AFP via Getty Images)

SAN ANTONIO (KTSA News) — Chris Rock is adding stops on his tour later this year and San Antonio made the cut.

Rock will bring the “Ego Death World Tour” to the Majestic Theatre at 8 p.m. on November 10.

Tickets will go on sale at 10 a.m. Wednesday at majesticempire.com. Prices will start at $49.75.

Will Smith banned from Oscars for 10 years, Academy says