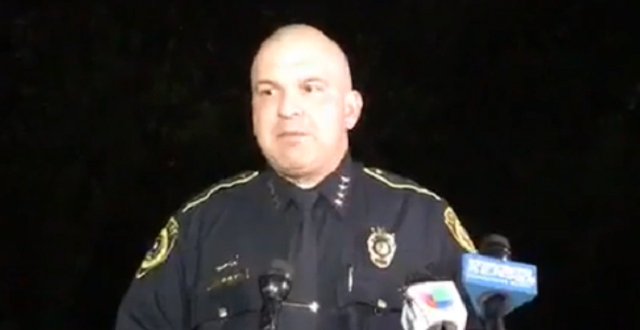 SAN ANTONIO (KTSA News) – Bexar County Sheriff’s Deputies are combing through private property in  the far North Side  where skeletal remains have been found.

A man walking on his friend’s private property off of Specht Road discovered the bones and called the sheriff’s office around 7:30 Thursday night.

“Deputies came out and verified that they were in fact human remains consisting of a skull and several bones that were scattered around,” said Sheriff Javier Salazar.

It’s near an area that had been searched in March after the disappearance of 29-year-old Andreen McDonald.

“This is actually, quite literally, ground zero for the search for Andreen McDonald,” said the sheriff.

His deputies had been up and down that road on horseback last March after McDonald’s disappearance, but the remains found Thursday were on private property behind a gate about 20 yards from the road. He says there are several sun-bleached bones that may have been scattered around by animals.

McDonald was last seen February 28. Her husband has been arrested and charged with tampering with evidence. They have a daughter.

“He’s still out on bond for the tampering with evidence charge and my understanding is that he’s in a private residence on house arrest on a GPS monitor,” said the sheriff.

It usually takes awhile to identify skeletal remains, but Salazar says it shouldn’t take long to determine if they are those of Andreen McDonald.

“With Andreen, we do have dental records,” he said.

Deputies secured the area overnight and were back on the scene this morning with a mobile command center and a mobile crime unit.