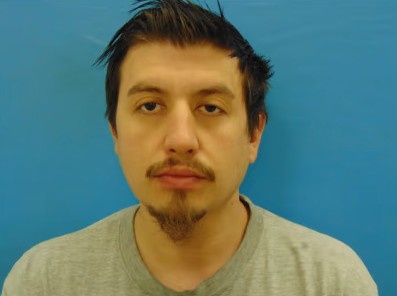 SAN ANTONIO (KTSA News) — A Schertz man was sentenced to 14 years in prison for crossing state lines, kidnapping a teenage girl and bringing her back to his home with ill intentions.

Kraig David Van Winkle, 36, was sentenced by a federal judge Thursday and ordered to serve 10 years of federal supervision after he serves his 168-month sentence.

“I apologize to the family I broke up,” Van Winkle told Chief U.S. District Judge Orlando Garcia at the sentencing, according to the San Antonio Express-News. “It was because of my own selfish needs. … I want to get back out there and be the same person I was before all this occurrence happened.”

Prosecutors said the Van Winkle met the teenager from Arkansas on social media in January 2020 and quickly began having inappropriate sexual conversations with her. Van Winkle reportedly made plans to meet the teen on Jan. 9, 2020, and drove to her home with intent to bring her back to his Schertz apartment.

“He states it was mutual, but she’s 13,” Assistant U.S. Attorney Tracy Thompson said. “He drives 10 hours to her house. When he can’t get ahold of her, he waits. The next morning, he says I’m here and takes her. He made her ditch her phone so nobody can track her. He brings her down to Texas and sexually assaults her.”

The FBI affidavit says the girl had fallen asleep and was unreachable when Van Winkle first arrived at her home in Arkansas, but he chose to wait until the next day to take her. She had reportedly told her family she was going for a jog.

Officials said that Van Winkle made the teenager throw her phone in drainage ditch in an effort to keep her from being tracked. Van Winkle and the girl were discovered on Jan. 11, 2020, at his home and he has been in custody since.

Reports state that when the FBI knocked on Van Winkle’s door, the man answered “soaking wet and wearing only a towel,” and tried to shut the agents out when they identified themselves.

Investigators reportedly also learned the 13-year-old was periodically handcuffed, bound with rope, and had her mouth covered by tape” during her stay at Van Winkle’s residence.

Van Winkle reportedly admitted to FBI agents that he met the 13-year-old online, chatted with her about his sexual fantasies and came up with a plan to bring the girl to his home to live and take care of her. He also told investigators he knew his actions were wrong.

“I am thankful for the FBI and Springdale Police Department’s tireless efforts in locating the victim in this case,” said U.S. Attorney Ashley C. Hoff. “Our office will continue to hold child predators accountable and to deliver justice for survivors.”